Sorry for the sensational headline. If you’re reading this, it worked!

This isn’t an April Fools joke, but I did happen to make the decision on the first of April. Yes, I deleted all (but LinkedIn and YouTube) social media apps from my phone.

You might be wondering why a marketer, one that makes money off of getting people to click on social media ads, is deleting them from his phone. There’s a lot going on behind my removal, so I’ll try to break it out in case it is helpful for someone else.

Ps. This isn’t the first time I’ve written about leaving social media. You can read “Writing a Social Media Exit Letter Is So Passé” on Medium.

The main reasons I removed the social media apps are because I realized:

The Catalyst for App Removal

My phone is coming up on it’s 2 year anniversary, so naturally it has begun to suck a little. This usually manifests itself in the form of drastic battery life drops and app crashes. As I dialed into the stats of what the hell was eating away at my battery life, I discovered that my top used apps were (in order):

My wife and I have set out on some large financial (freedom) goals. In order to hit those goals, I need to remove distractions. That’s especially true when it comes to distractions filled with fake news, political rants, seeing a family member’s weird comment on a fake news Facebook page, etc. You know, the typical crap you see everyday too.

I realized that none of it was edifying, educating, and rarely entertaining. There was a lack of value. In fact, I was often getting pissed off. What a crummy way to start a day!

My solution was simple; remove the garbage can of the Internet from my phone.

What Are the Results of Removing Social Media Apps?

According to my phone, I’ve cut my screen time by more than 50% per day. Embarrassingly, it’s about 2 hrs a day now. However, in my defense, my phone is used 99% for work.

My top apps are now:

Additionally, I have noticed that I’m less anxious and more productive. I have also noticed that I have zero FOMO. That’s possibly because now that I live in Colorado, I actually believe that everyone else is missing out.

So Is This Forever?

At some point I’ll be deleting all of my social media profiles, except for maybe LinkedIn and YouTube. That’s the goal. For now, I need social media to manage ad campaigns and make some money.

There are two luxuries that I’m chasing after:

Social media helps me achieve these luxuries through financial achievements, and eventually, I’ll say goodbye to it as an old friend. This was just one step towards making that goal a reality.

Hi, my name is Kevin Ekmark. Thanks for reading! I'm an internet marketer based in Raleigh, NC. My passion is Internet marketing and growing businesses for myself and my clients.

I would love to connect about networking or working together. Please reach out on LinkedIn or message me here 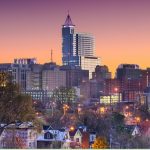